Want to get her “in the mood?” Then SET the mood. 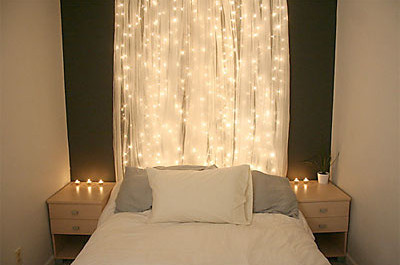 If your woman has ever said the words, “I’m not in the mood,” maybe it’s because you haven’t “set the mood.”

You know how I’m always saying that for women, sex is an all-day affair? That, for them, foreplay starts WAY before you think it does?

I know, I know. You’ve heard this before. And since you’ve bought the cow, you shouldn’t have to buy the milk every day. (OK, so maybe that’s not exactly the best metaphor. Really, I didn’t call her a cow! It’s a saying!) But you might be thinking this way, even if just a little: That once she’s “yours,” you’ve earned the right to have sex with her when you want. You get entitled, and then disappointed, angry and hurt when you have less sex (maybe a LOT less sex) than you thought you signed up for.

But I want you to think for a moment about all of the romantic gestures that you did to “set the mood” for your woman on your first few dates. Compare that to how you set the mood for her today. If there’s a big difference, I promise you that your woman notices it.

That difference — that decrease in the romantic juice you provide — makes her angry. If she has to be responsible for setting the mood, it shuts down her arousal mechanisms. Why is that?

She’s angry because she knows that you will want sex later in the evening, but that you no longer think it’s worth your while to show her that you value HER arousal — which, remember, happens WAY before you start touching her body. Valuing her arousal means taking care of the “mood,” as well as handling logistics — like hiring the babysitter, or making dinner reservations — that may have become her job over time.

It’s simple, right? Start setting the mood early in the day. Touch her affectionately, giving her your full presence, for just a minute, early in the day. Tell her she’s beautiful, and say specifically why. Send her a loving text or email during the day. Run a bath for her when she comes home.

I want you to turn your bedroom into a Love Nest. Start to create an environment that encourages her (and you, too, BTW) to let go, relax, and enter a timeless zone. This world should stimulate all her senses – and yours, too.

Believe it or not, science backs me up! Subjects tested for G-spot and female ejaculating orgasms had twice as many microvolts measured in their vaginal contractions during orgasm, and four times as many microvolts in their uterine contractions when tested in a lower lit, aesthetically pleasing office environment rather than a more clinical setting. Women who ejaculated did so more often in the more comfortable location as well.*

If you’ve not done any kind of “mood-setting” in a while with her, it might be a shock if you spring it on her all in one night. I’ve heard reports of men going overboard, going from doing NONE of the items on this list, to doing ALL of them (and more), and the woman gets very suspicious: Did you have an affair on me? Are you an alien who swallowed my man?

So you might just add one or two of the items at a time.

But above all: DO IT! Take the time to set the mood.

You both deserve it.

*Beverly Whipple and John Delbert Perry, Pelvic Muscle Strength of Female Ejaculators: Evidence in Support of a New Theory of Orgasm, Journal of Sex Research 17, no. 1 (1981): 22–39.

You know the classic scenario: A man ejaculates after sex, then immediately rolls over and starts snoring. Well, this doesn’t happen only because he’s had a long day, and now that he has released his END_OF_DOCUMENT_TOKEN_TO_BE_REPLACED

That's one of the most common questions I get as a sex and relationship coach. I recommend approaching the question by looking at the underlying issues. Is she anxious, agitated, insecure, and END_OF_DOCUMENT_TOKEN_TO_BE_REPLACED

Guys! Are you getting annoyed at the beautiful, loving babes who are throwing themselves at you? Need to find a way to distance yourself from that amazing woman in your life? I’m here to help. After END_OF_DOCUMENT_TOKEN_TO_BE_REPLACED

Men: Have you ever experienced sex with a woman when she’s completely open to you? When she’s a full and uninhibited Yes! to you as a sexual man? If you’ve experienced wild feminine openness, you END_OF_DOCUMENT_TOKEN_TO_BE_REPLACED