David Deida? Run the Other Way 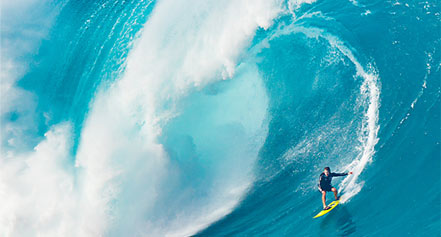 Perhaps you’ve heard of David Deida. Maybe you’ve flipped through or bought one of his books, listened to him on a tape or CD, or even seen him at one of his entertaining evening talks. You’ve been inspired by his model of relationship and want to dive more deeply into his offerings. You’re ready to explore the promise of a third-stage life.

How come? You’re not ready.

I’m not kidding. You’re really not.

Unless you’re one of the one-in-a-thousand individuals who is enjoying a combination of a lucky birth and conscious upbringing, your heart is open and you’re living life from a profound spiritual depth. You’ll also need to have handled your security issues and financial affairs, and spent years in therapy healing your major childhood wounds. You should easily be able to individuate and self-soothe during difficult moments in your relationship. In other words, you’ve really completed all of your first- and second-stage work.

Check that: one in ten thousand. But then, if you’re that person, you probably won’t need his message anyway. You’re already living it.

The best advice for the rest of us is to take a scissors to David’s books and cut out the most powerful, pithy and poignant phrases, put them in a bowl and use them as a kind of oracle, like a rune stone or tarot card or a Rumi poem picked at random.

I know what I’m talking about. I own all of his books and have recommended them in the groups that I lead. I’ve listened to dozens of his tapes and CDs. I have attended weekend and extended intensives led by David, as well as intensives led by his various apprentices. And for the past six years I’ve been a participant or a leader of weekly men’s groups that used a curriculum based on David’s The Way of the Superior Man.

During this time, I’ve also seen widespread misuse of his material. You may as well hand a blowtorch to a five-year old. I’ve seen dozens of men (myself included) adopt Deida’s third-stage practices to get first-stage satisfaction, while vigorously denying it the whole time. One example might be: “I have trained myself to fuck you open to God as a way of proving my masculinity to myself, but I’ll claim to be serving you and the world. I also won’t make myself available to help you sort through the shards of your psyche that have been created as a result of my actions. Pick up the pieces on your own or with your women friends. I’m a third-stage man. I’m going back to my cave.”

The joke in our community is that nearly all men who try to live this work go through a “Deidabot” phase, adopting the postures and the demeanor of what it means to be “masculine,” before eventually relaxing back again to who they are. Some men don’t make it back, and just add this idea of the masculine as another personality “shell” — exactly the kind of shells that Deida is attempting to dissolve with his work.

The female Deida practitioners are not immune to the kind of stage-poaching mentioned above. One all-too common example: “How wonderful that I now have permission, as a third-stage woman, to express myself through my body! I’ll use it as an opportunity to dump my unconscious, unexamined first-stage rage on my partner, rather than do the necessary second-stage step of self-reflection and ownership of this energy. It’s much easier and more dramatic! Besides, he’s told me he’s a third-stage practitioner. He can handle it.” When the man is faced with her onslaught, he will either run the other way, stand there and take it like a good Deidabot (while inwardly cringing, going numb or raging), or possibly dump back on her.

This isn’t intimacy, by the way. It’s abuse.

I believe the root of the misinterpretation is this: Although Deida occasionally reminds us that we each have a masculine and a feminine aspect, because of the limitations of language (and possibly his own annoyance at the 50-50, second-stage folks), there is an unspoken encouragement for men to disown their feminine nature and for women to ignore their own masculine nature. In the Deida model, we’re taught that if we want to create dynamic polarity in our sex lives and enter the third stage, men need to drop their feminine, flow-boy “shell” and women need to let go of their masculine, ball-busting shell. Unfortunately, most of the time these “shells” are in fact important aspects of ourselves that have been cultivated for a reason and are serving us in some profound way.

For example: The practice of “feeling into” that Deida encourages in men as a masculine practice is actually easier for men who have highly developed feminine natures. Isn’t that something worth keeping? I would offer this: that the degree to which Deida practitioners (or anyone, for that matter) reject their opposite aspect is the degree to which they will stunt their growth in their “native” aspect. Real, sustained personal evolution occurs when all aspects of the self are embraced and welcomed.

50 years from now, people will be looking at the Deida material and saying “Nanu Nanu. This guy was really ahead of his time.” Exactly. That means he is ahead of your time, my time and the time of just about everyone you know.

Only the top surfers are skilled enough to ride the giant waves. The threat of being crushed and washed up lifeless on the shore is a strong deterrent for all but a select few. Too bad there’s no such deterrent for all of us third-stage wannabes. If there were, the world would be better off.

You know the classic scenario: A man ejaculates after sex, then immediately rolls over and starts snoring. Well, this doesn’t happen only because he’s had a long day, and now that he has released his END_OF_DOCUMENT_TOKEN_TO_BE_REPLACED

That's one of the most common questions I get as a sex and relationship coach. I recommend approaching the question by looking at the underlying issues. Is she anxious, agitated, insecure, and END_OF_DOCUMENT_TOKEN_TO_BE_REPLACED

Guys! Are you getting annoyed at the beautiful, loving babes who are throwing themselves at you? Need to find a way to distance yourself from that amazing woman in your life? I’m here to help. After END_OF_DOCUMENT_TOKEN_TO_BE_REPLACED

Men: Have you ever experienced sex with a woman when she’s completely open to you? When she’s a full and uninhibited Yes! to you as a sexual man? If you’ve experienced wild feminine openness, you END_OF_DOCUMENT_TOKEN_TO_BE_REPLACED