Breaking out of your bedroom routine 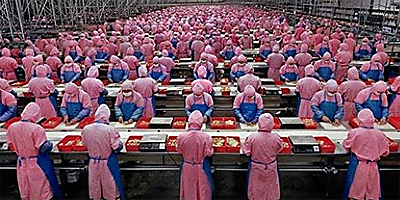 When you start getting bored in bed, it’s easy to blame your partner. But more often than not, you’re the one who’s gotten stuck in some pattern that you’ve outgrown, but you don’t see it. Or maybe you get a whiff of the pattern, but you’re not ready to admit it to yourself.

You’d be surprised by how many guys are just not willing to make even the simplest changes to their sexual habit patterns. Sadly, the woman in their lives often become less and less happy with them as time drags on. Sometimes those women get fed up and they begin having affairs.

So how do you break out of bedroom boredom? I have a great suggestion:

Change one thing. Do the opposite of what you normally do.

In most cases, this simple suggestion is often enough to reverse stagnant sexual routines.

Start by taking an honest look at your sexual routines. You can do this now, by recalling one of your recent lovemaking encounters. Alternatively, you can take mental notes the next time you’re in a sexual situation.

Do you usually wait for her to make the first move? Do you always slide you hand down her underwear while you’re making out? Do you go down on her every time, using her orgasm as a reward for your tongue technique? Do you always end with vigorous doggy-style thrusting and ass-slapping, or some other “favorite” position? Do you disconnect from her soon after you ejaculate?

Once you see a particular pattern, make a choice to change it. As one of my mentors says, “Decide that you want [the change] more than you’re afraid of it.” Then, next time you’re in bed, do the opposite of your pattern. It’s as simple (and as tough) as that.

Here are some examples:

The Benefits of Change

If you try changing one thing, you’ll notice that sex gets a bit more interesting. You partner begins to look more attractive and appealing. And, glory be, suddenly she starts trying new behaviors, too!

The process of change can be scary. If you feel safe and secure with your routine — and have convinced yourself that your partner feels “safe,” too — it might be especially challenging for you to throw what looks like a wrench into the works. After all, if it ain’t broke, don’t fix it, right?

Wrong. I’m suggesting that you take the risk and fix it now, before the groove of that routine gets any deeper. Breaking patterns can definitely shake things up, and make you a little shaky, too. But if you’re like most guys, living a little more on your edge is usually a Good Thing. You can do this!

You know the classic scenario: A man ejaculates after sex, then immediately rolls over and starts snoring. Well, this doesn’t happen only because he’s had a long day, and now that he has released his END_OF_DOCUMENT_TOKEN_TO_BE_REPLACED

That's one of the most common questions I get as a sex and relationship coach. I recommend approaching the question by looking at the underlying issues. Is she anxious, agitated, insecure, and END_OF_DOCUMENT_TOKEN_TO_BE_REPLACED

Guys! Are you getting annoyed at the beautiful, loving babes who are throwing themselves at you? Need to find a way to distance yourself from that amazing woman in your life? I’m here to help. After END_OF_DOCUMENT_TOKEN_TO_BE_REPLACED

Men: Have you ever experienced sex with a woman when she’s completely open to you? When she’s a full and uninhibited Yes! to you as a sexual man? If you’ve experienced wild feminine openness, you END_OF_DOCUMENT_TOKEN_TO_BE_REPLACED